The Green Bay Packers are now 3-5 after losing a fourth-straight game on Sunday night against the Buffalo Bills.

Despite some bright spots on offense, another disappointing effort on defense was too much to overcome for this Packers team on the road.

Based on grades from Pro Football Focus, here are the best and worst performers from the Packers’ Week 8 loss to the Bills:

Rodgers created four “big-time throws,” including three thrown over 20 yards, and played well from clean pockets. Bakhtiari didn’t allow a pressure over 34 pass-blocking snaps and was the team’s highest-graded run blocker. Jones forced a career-high 13 missed tackles as a runner, had four runs of 10 or more yards and created seven rushing first downs. Tom gave up two pressures but was solid as a run-blocker at left guard. Doubs made two contested catches (including the touchdown) and averaged over 2.0 yards per route run. Overall, the Packers earned an elite run grade.

Alexander was targeted five times but gave up zero completions. He defended three passes and had an interception in the red zone. Slaton had a pressure and was the defensive line’s highest-graded run defender. Walker had five tackles and a forced fumble in his 15 snaps before ejection. Reed created three pressures, including two quarterback hits, and added two run stops. Wyatt, over 10 snaps, earned a solid run-defense grade. 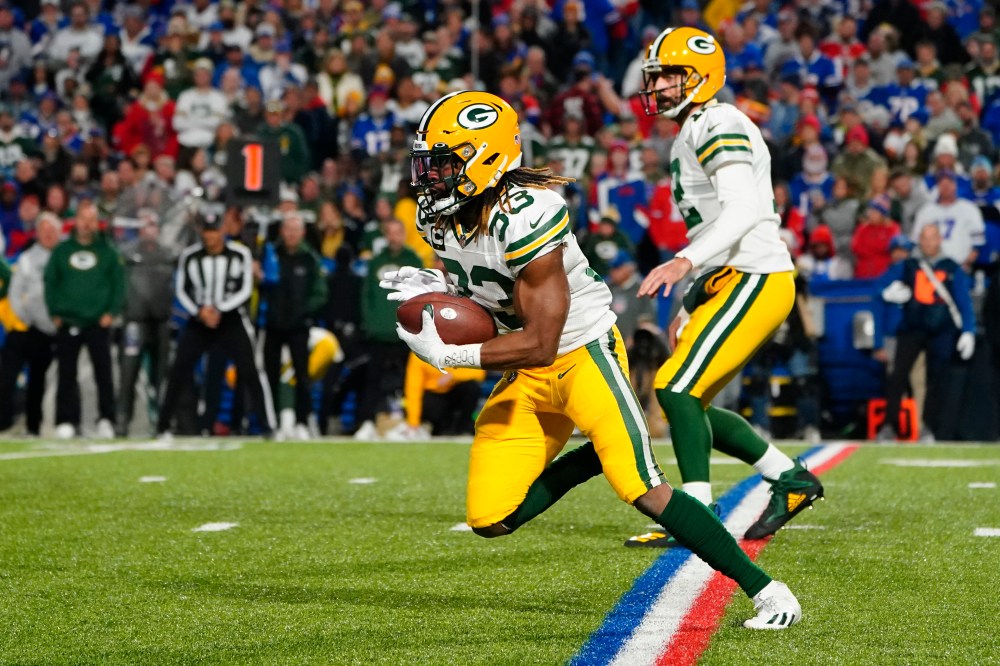 Campbell missed a tackle and gave up three completions over 23 snaps before exiting with a knee injury. Douglas missed two tackles and allowed five catches, including the touchdown pass to Stefon Diggs. Clark produced two pressures but also zero stops, and he graded out poorly against the run. Amos missed three tackles and was credited with giving up the touchdown pass to Dawson Knox. Smith had four stops and two pressures but also three missed tackles. Overall, the Packers missed 16 tackles.

Rodgers completed three throws of at least 20 yards, didn’t have a turnover-worthy play, averaged 8.8 yards of depth per throw and finished with an adjusted completion percentage of 76.9. His interception came on a tipped ball. He averaged 7.5 yards per attempt and completed 72 percent of passes from clean pockets.

Eric Wilson led the way with two special teams tackles, but Patrick Taylor also graded out well over seven snaps. Keisean Nixon earned a high grade for his kickoff return performance. Innis Gaines earned the lowest grade due to a penalty negating an explosive return from Nixon in the second half.

Bills 27, Packers 17: How it happened, highlights, scoring plays from SNF 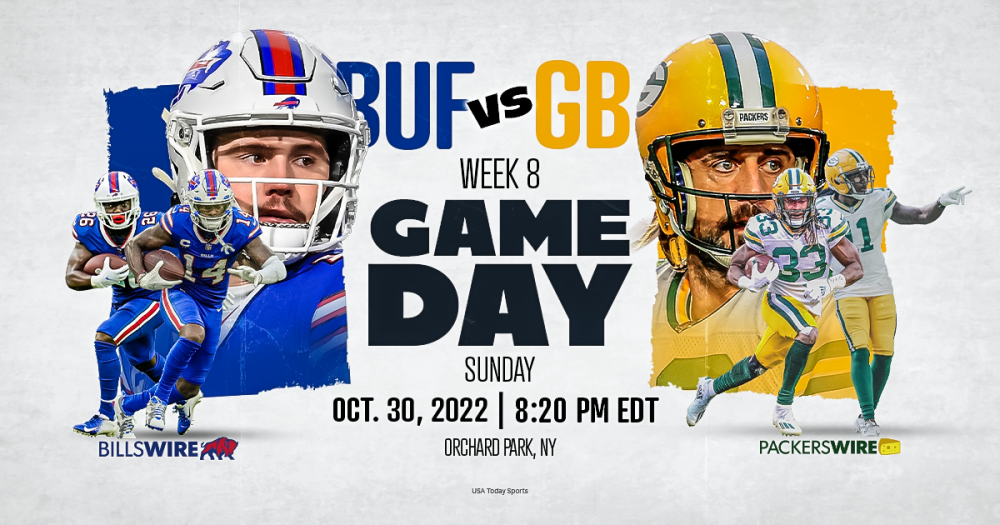