The Germany team covered their mouths in their team photo ahead of their opening World Cup match against Japan in protest against FIFA’s ban of the ‘OneLove’ armband.

The German FA (DFB) confirmed that the team came up with the idea.

Nancy Faeser, Germany’s Interior Minister, also wore the ‘OneLove’ armband in the stand, where she was seated alongside DFB president Bernd Neuendorf.

On Monday, England, Germany, the Netherlands and other European nations backed down from wearing the armband, which was intended to promote diversity and inclusion.

The day before the tournament began, FIFA launched their own armband initiative. Captains were asked to wear a different armband on each match day, promoting social messages such as “Football unites the world” and “Share the meal” in a United Nations-backed campaign.

Countries faced sanctions, including those of a sporting nature for wearing the original ‘One Love’ armband. This could have included — according to FIFA’s rulebook — players being given an automatic yellow card.

Before the match, Germany manager Hansi Flick answered a question about alternative protests with a smile, and the words “We’ll see.”

A statement from the DFB said: “With our captain’s armband, we wanted to set an example for values that we live in the national team: diversity and mutual respect. Be loud together with other nations. This is not about a political message: human rights are non-negotiable.

“That should go without saying. Unfortunately it still isn’t. That is why this message is so important to us. Banning us from the bandage is like banning our mouths. Our stance stands.” 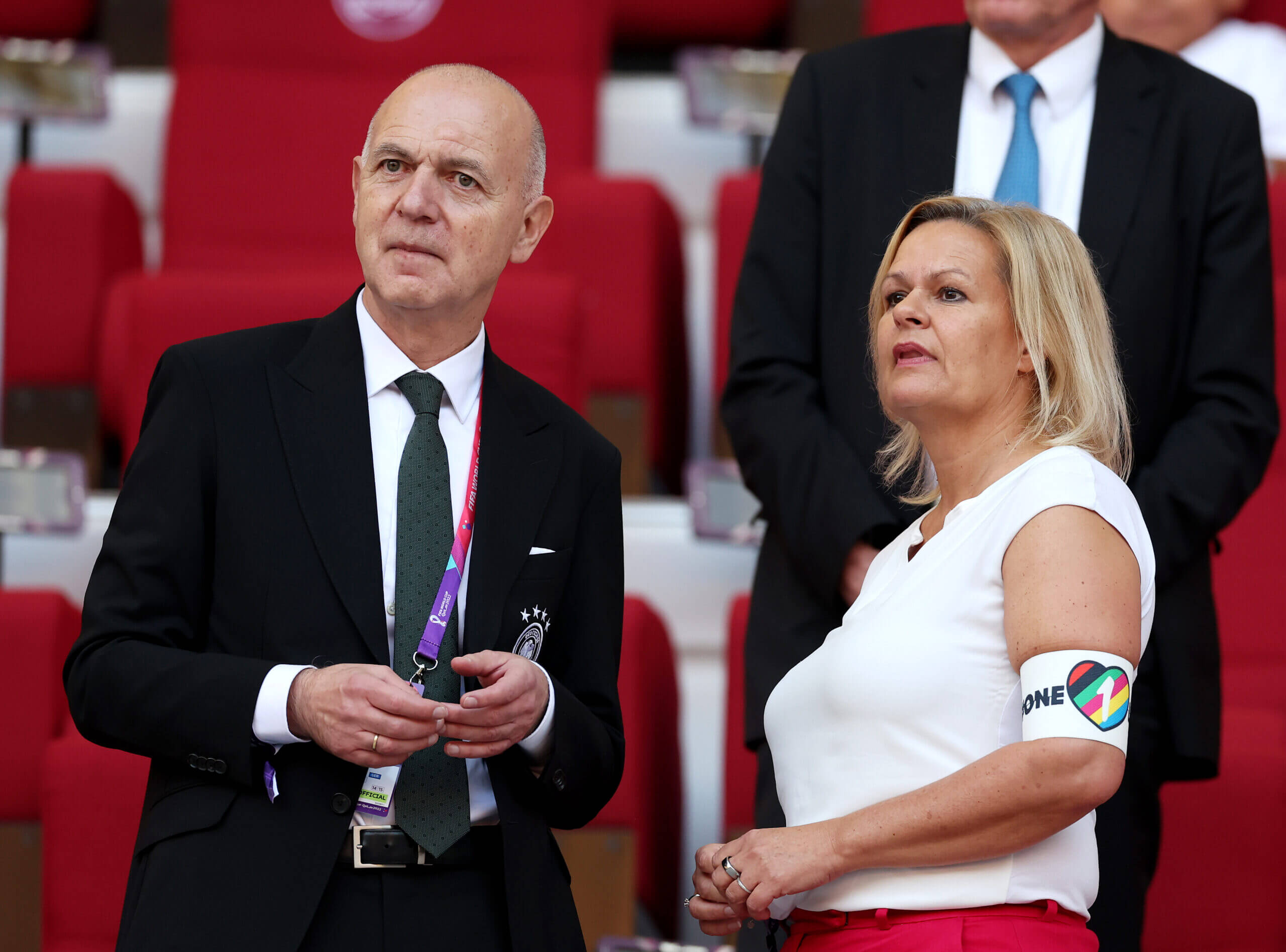 On Tuesday, The Athletic reported that the DFB were looking into going to the ad-hoc division of the Court of Arbitration for Sport (CAS) to ask for an injunction against any sporting sanctions by FIFA if the armband was worn by German players, and have explored their legal position on the matter.

“Fifa has forbidden us from using a symbol of diversity and human rights,” said DFB media director Steffen Simon on Tuesday.

“They combined this with massive threats of sporting sanctions without specifying them.

“The DFB is checking whether this action by FIFA was legal.”

Earlier on Wednesday, Denmark revealed they are ready to discuss a blanket withdrawal from FIFA alongside other UEFA nations amid the ongoing row over the armbands.