By Sophie Mann For Dailymail.Com

A large fire that broke out Wednesday in Chicago has killed one person and injured at least eight others – including a firefighter – according to officials.

First responders were called to the scene at the Harper Square Cooperative apartments in Kenwood on Wednesday morning at about 10am Central Time.

The fire began on the 15th floor, where an individual was found dead inside their apartment, and quickly sprang up to the 24th floor, according to Fire Commissioner Annette Nance-Holt.

Firefighters were forced to quickly make their way up the building’s stairs with their equipment to battle the blaze after the building’s elevators quickly gave out. 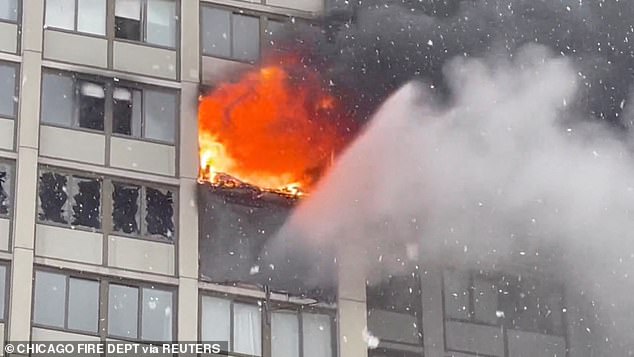 Fire rages in a high-rise apartment building on the South Side of Chicago, Illinois, U.S., January 25, 2023

Eight people were hospitalized in addition to the individual who died.

The injured firefighter, said Nance-Holt, suffered a bone injury before the fire was put out by around 12.30pm.

‘The fact that the wind was pushing; the fire went up vertically, and it leapt from floor to floor to floor all the way up to 24, where firefighters gained control of it. They did an outstanding job,’ said the commissioner, explaining how the fire had so quickly climbed nine floors. 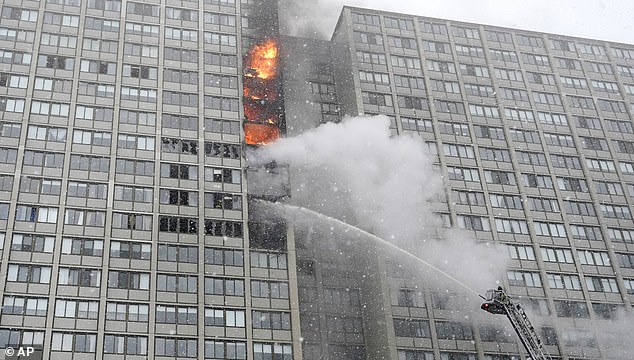 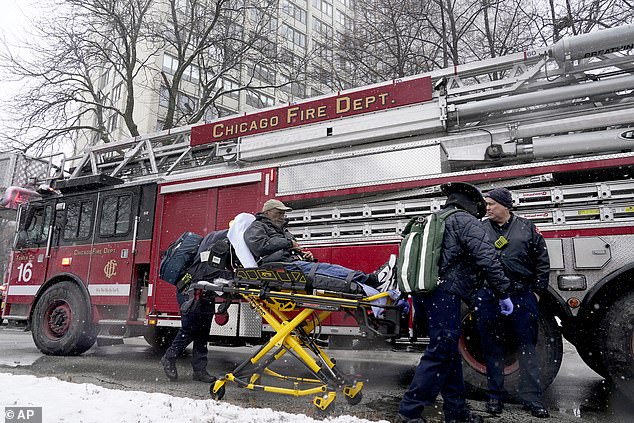 Chicago firefighters evacuate a man out of the Harper Square cooperative residential building on Wednesday January 25, 2023

Nance-Holt said more than 300 fire and Emergency Medical Service workers responded to the blaze; the cause of which remains under investigation.

Some residents of the co-op in the city’s southside were told to shelter in place in their apartments as first responders worked to put out the blaze, while others fled.

The eight people who were hospitalized are all now listed as in stable condition. An additional 33 residents declined medical treatment at a hospital.

The building houses a large senior population, though it is not a senior-only building.

Throughout the morning hours, heavy flames could be seen bursting from floors 21 through 24 of the building. 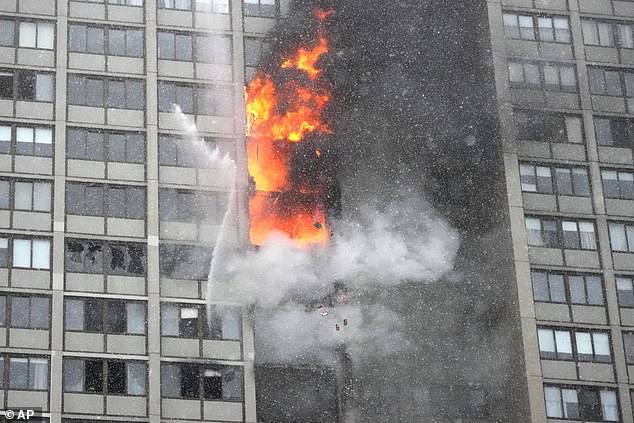 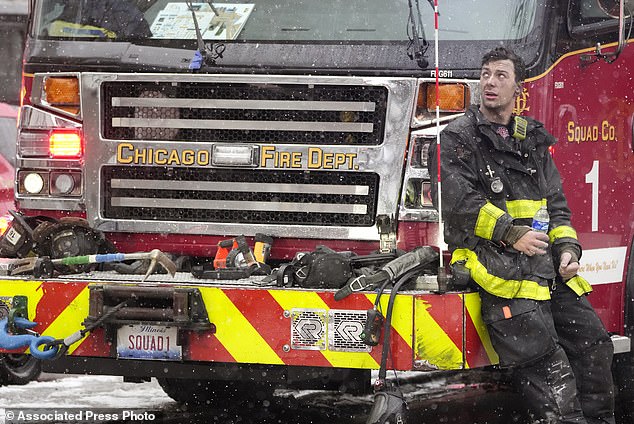 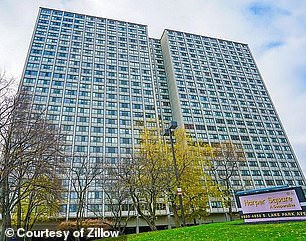 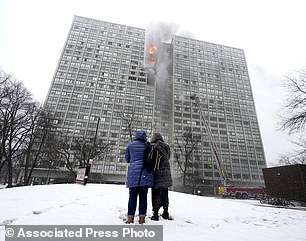 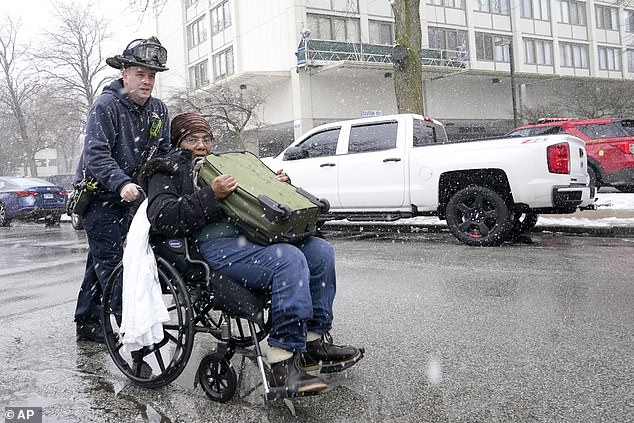 A Chicago firefighter evacuates a woman holding a suitcase out of the Harper Square cooperative residential building to a waiting ambulance in Kenwood, Chicago 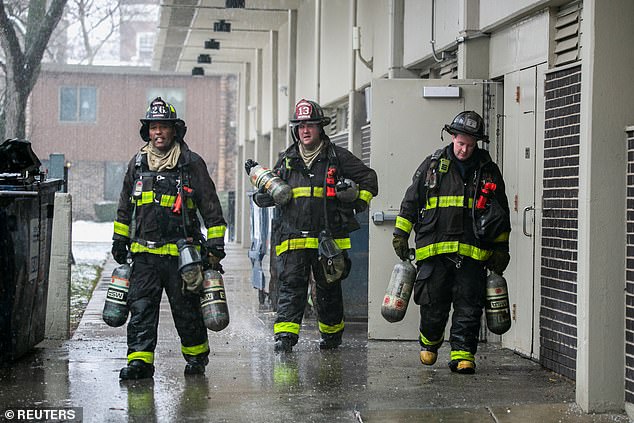 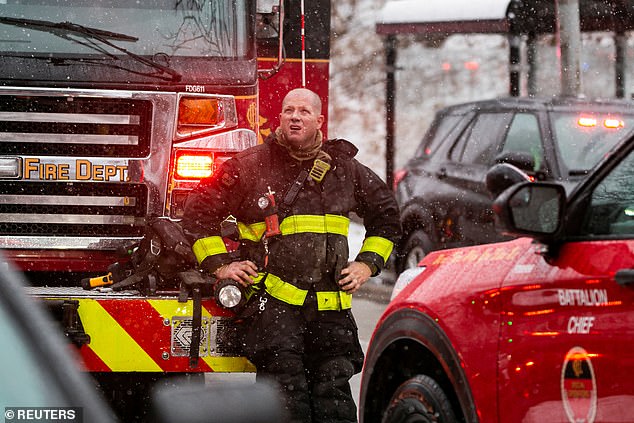 Barbara Joiner, a 69-year-old resident of the co-op, stood outside the building with other neighbors as snow continued to fall.

Joiner said she acts as a caretaker for another woman who lives in the portion of the building affected by the fire and was anxiously trying to reach her.

‘Oh, my God,’ she said, remembering her reaction to seeing the flames once she got outside. ‘These flames are still rising,’ she said, prior to the time they were put out.